Clear communication with your team is tantamount for a successful project. When you want to communicate concepts, get feedback, and set design goals, you know that your best bet is a wireframing tool. This Wireframing Tools Cheat Sheet will help you choose the best program for your business; it’s grouped by those that work best for enterprises, web-based wireframing tools, and wireframing tools for your desktop.

Axure RP is a desktop wireframing application that works well for large businesses. Product managers and designers can create and share interactive prototypes with their teams.

Pros: The platform works well for both static and dynamic prototypes regardless of sophistication. It’s a powerful program that allows you to do almost anything you can imagine in terms of designing prototypes. Also, multiple users can collaborate and work on a project at the same time. Axure RP makes it easy to share prototypes externally.

Cons: Axure RP’s many uses have a steep learning curve. It also uses a lot of memory to render and export large projects.

Cost: Axure RP offers perpetual license pricing at $589 per user or $539 per user when there are more than five users.

iRise is an interactive collaborative platform that works well for large businesses and enterprises. In addition to its easy to use wireframing capabilities, product managers can use iRise for prototypes and documentation.

Pros: Users can display a mock-up and documentation on the same screen. The platform makes it easy for team members to give feedback. The enterprise version of iRise integrates with many other tools such as JIRA, IBM, and Microsoft TFS.

Cons: iRise sometimes runs a little slow when many elements are running on one page.

Balsamiq is a web-based wireframing tool that works best for static and low-fidelity prototypes. Product managers who use the tool will find that it is similar to doing a rudimentary sketch on a whiteboard. They also offer a desktop version for those who don’t want to use their storage.

Pros: Balsamiq is quick and easy to use. Also, it is much less expensive than some of the enterprise solutions such as Azure. It also has plug-ins for Google Drive, Confluence, or Jira.

Cons: Balsamiq is the choice of Product Managers who want to do napkin sketches for product concepts in early stage product development.  It doesn’t have the features that some of the fancier programs have. If you don’t need or want the ability to do high fidelity design and dynamic prototypes this isn’t necessarily a negative.

UXPin is a cloud-bases UX design platform that offers features that work well for program managers that need to communicate with designers. The program allows users to create wireframes quickly and share them across multiple devices for immediate feedback.

Pros: UXPin is the choice of product managers looking for an easy tool for high fidelity design.  If you have an existing product and need to mark up existing screens, this is a great choice.  It has an easy to use interface with a built-in user feedback mechanism. The program allows for smooth real-time collaboration with team members. Basic mock-ups on Photoshop and Sketch are easily uploaded and turned into prototypes on UXPin. The platform is fully responsive on all devices.

Cons: UXPin doesn’t incorporate color options and users cannot create documents with the platform unless upgrading to one of the more expensive pricing plans.

Cost: UXPin offers various pricing plans based on the number of users a program manager needs to include. Prices vary from $9 to $39 per user per month that is billed annually.

InVision is another web-based program that empowers teams to easily create low or high-fidelity prototypes. The platform is highly collaborative working great for reviewing and refining without having to worry about writing code.

Pros: Users can order all projects on one screen. InVision syncs with Sketch and Photoshop and has a higher than normal feedback response rate because email notifications are clear. Invision has an iPhone app making it easy for managers to view and interact with prototypes from phone.

Cons: Once you create a project with InVision, it is awkward to add new users to the project. If mock-ups have significant changes, sometimes comments are lost.

Cost: For companies that only work on one prototype at a time, InVision is free. Pricing ranges between $15 per month and $99 per month depending on the number of prototypes and users.

Mockingbird is a simple web-based tool to build and share wireframes. It stands out from other platforms because it doesn’t use Flash or Java, but instead uses the open source framework of Cappucino.

Pros: MockingBird is primarily drag-and-drop and it’s easy to use. Users can customize the platform by adding several different widgets.

Cons: Many web-based platforms also offer an offline or desktop version of their software allowing more flexibility for users. MockingBird is only available online. The platform is relatively inexpensive—unlimited projects are less than $100 per month.

Cost: MockingBird has project-based pricing starting at $12 per month going up to $85 per month for unlimited projects. Users who pay annually get a 20% discount.

As previously mentioned, iRise works well for large businesses and enterprises, but they also have plans and features that make the platform ideal for smaller projects and organizations.

Pros: iRise is easy to use and allows for real time collaboration with team members.

Cons: It sometimes slows down when importing files and adjusting the presentation layer may be tricky for some users.

Cost: Personal plans are $19 per month. For other pricing, users need to contact iRise.

Those who are fans of Adobe products will love Adobe XD, the company’s solution for wireframing and prototypes. Users can create and share mock-ups quickly.

Pros: Learning curve is shallow, especially for those who are used to using Adobe products. XD integrates easily with Photoshop and Illustrator.

Cons: Adobe XD does not offer real time collaboration on documents or projects.

Cost: Pricing for Adobe XD varies depending on whether users want Adobe’s other creative apps. For unlimited prototypes with 100GB of cloud storage, Adobe XD is $9.99 per month.

JustinMind is a flexible desktop tool for those who want low-fidelity clickable wireframes to high-fidelity, full UI prototypes. It’s flexibility and simple interface make it a favorite of those looking for just the basics.

Pros: JustinMind has many features making it a good fit for just about any project. The software is easy to use. It’s also priced inexpensively compared to other feature-rich programs and it allows real-time collaboration with team members.

Cons: It can have a steep learning curve for more advanced use, but overall it is very intuitive.

OmniGraffle is design tool that can be used for everything from wireframing to high-end modeling. It’s marketed as diagramming software, so users can even make family trees with the software. Product managers may be able to utilize OmniGraffle for more than just wireframing.

Pros: OmniGraffle is easy use, but does take a little time to learn. It is functional across all iOS devices.

Cons: The software only works with Apple products, so Windows and Linux users are out-of-luck if they want to try out OmniGraffle and this makes data integration a little more difficult. The program also lacks a large amount of templates and samples.

Cost: A license for OmniGraffle ranges between $100 and $200 depending on use. Large companies can inquire about volume pricing.

Ross Reynolds works a product manager in brand protection and media. He currently is VP of Product & Marketing for Marketly, a startup in Silicon Valley. He likes building products and helping new ventures grow. 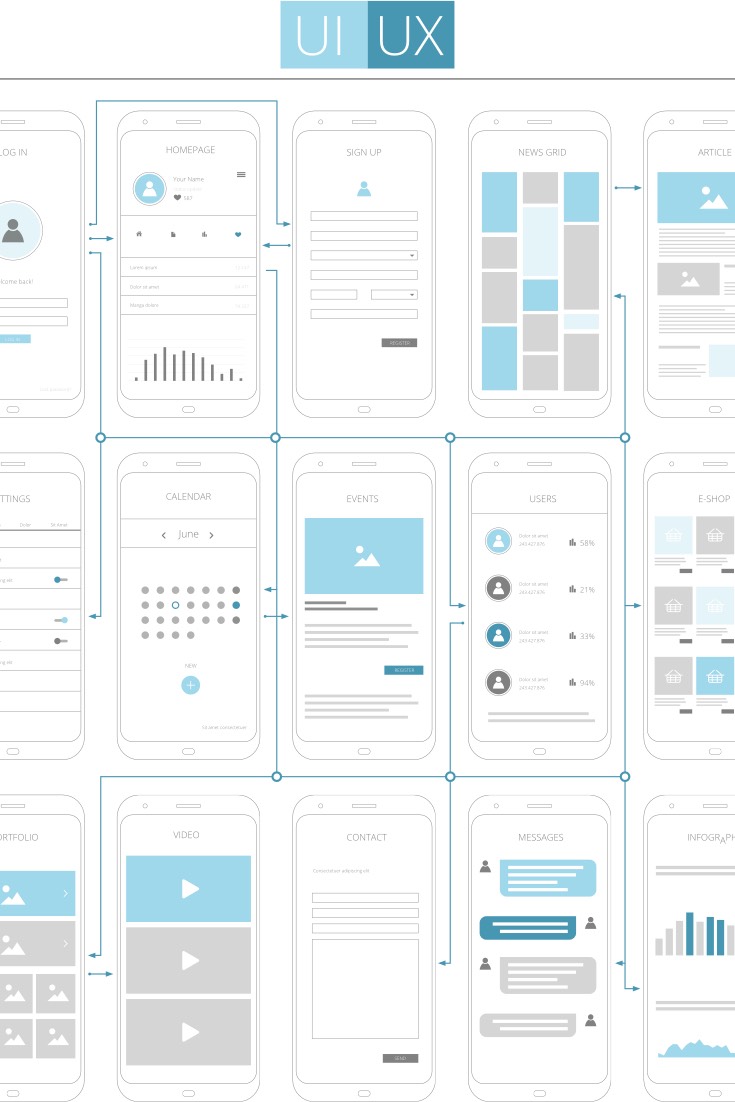